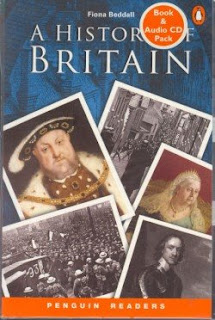 A history of Britain, Fiona Beddall.
The United Kingdom is very recent, but not England, Wales, Scotland or Northern Ireland. This country is one of the most important and its history is very interesting. This book starts with the Roman Empire and ends with the Second World War, the Commonwealth and the European Union.
This is a good book because it tells the history of Britain in different parts. For example, there are chapters about the invasions or religion, that make it easier to understand and it´s not a chronological division.
Víctor Aguilar Pérez (4º A)
Publicado por Biblioteca Chomón en 14:07