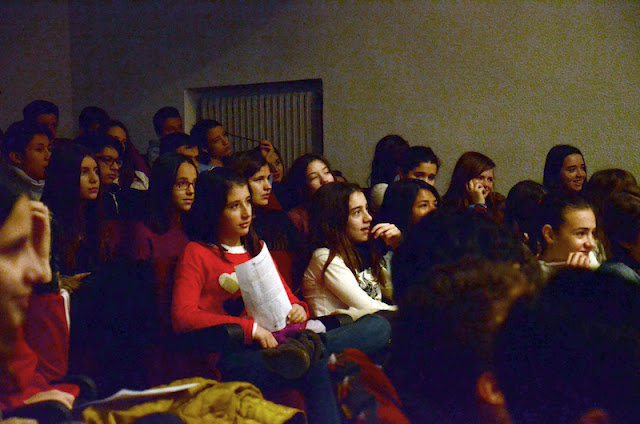 Last February the English Department organized a theatre activity for all the students of ESO and 1º de Bachiller. 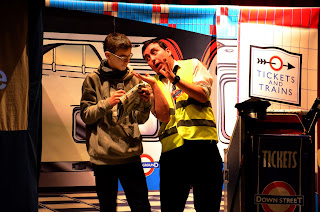 It took place at the University Assembly Hall and there were two performances. The first one for 1º,2º y 3º de ESO and the second one for 4º de ESO and 1º de Bachiller. The theatre play “One-Way Tickcet” is about two people,an underground employee and a traveler, who meet at Down Street Station. Through their dialogues we learn about their worries and about the London Underground  History.
Some of the students who went to see the play have sent their opinions about the play. 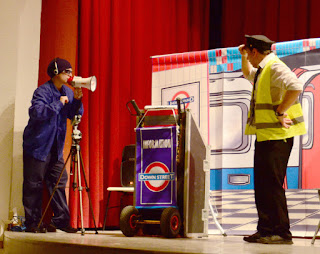 The theatre play was interesting because you can learn things about London and new vocabulary in this kind of activity. It was great too because some friends acted in some scenes and read some texts in English.
David, Beatriz, Melisa, Lucía, Cesar, Emilio, Andrea 3ºESO A

I really liked it because I could understand everything. It wasn’t boring but quite entertaining because there were dialogues and songs. Besides I enjoyed when some classmates took part in it. However I got lost in some parts of the play.
Rocío Felipe 3ºESO A

It was really good. The actors were very friendly and made us laugh with their jokes. We also learnt English.
Nahir, José, Andrey, Jaime, Carlos, Adrían 3ºESO A 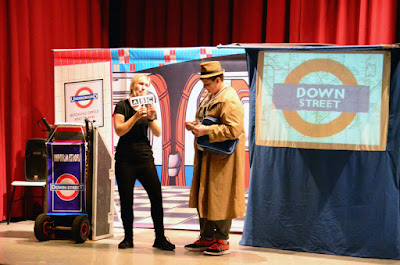 I liked it, although I didn’t understand some words, but it was great fun, too
Guillermo, Santiago Iván 3ºESO A

I think it was very amusing and I understand everything, I took part in the play and that was really good.
Ana Garzarán 3ºESO A

I really liked the play. I laughed a lot. It was a different way of learning English. The actors played very well and the time passed very quickly!
Marta Gómez 3ºESO A

I liked it because I love the theatre and the characters were great. They made me smile all the time.

I would have liked to go to see the play because it seemed very funny, but I couldn’t go.
Asddin Jebari, 3º ESO C

I liked the play because the characters were very amusing and they spoke good English and sang some songs. We had a good time and learnt about the story of the London underground.
Rubén, Sergio, Sara, Beatriz, Ramón, Antonio. 3º ESO C 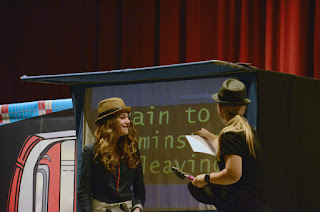 I think it was very good and interesting. It had very funny moments and some of our classmates could be on stage with the actors and that was very cool.
Jesús, Carmen, Guillermo. 3º ESO C

I liked it because it was great fun and many people could act on the stage, so it was more interesting.
Noelia, Celia, Adrián. 3º ESO C

I think it was really interesting because the characters interacted with the audience and it was great fine to listen to our classmates speaking in English. 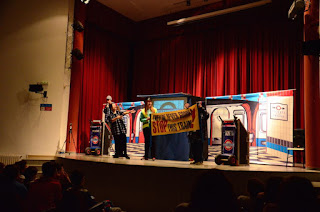 I liked the play because the actors were very funny. I like this kind of play because you feel as if you were taking part in the play as an actor.
Fernando Tortajada. 3º C

The theatre play was very interesting and funny, we liked it so much
Gabriela, Madelina , Josselyn 2ºPAB

In my opinion the play was great!
Sergio 2ºPAB
I didn’t understand very much, but I enjoyed it!
Christian 2ºPAB 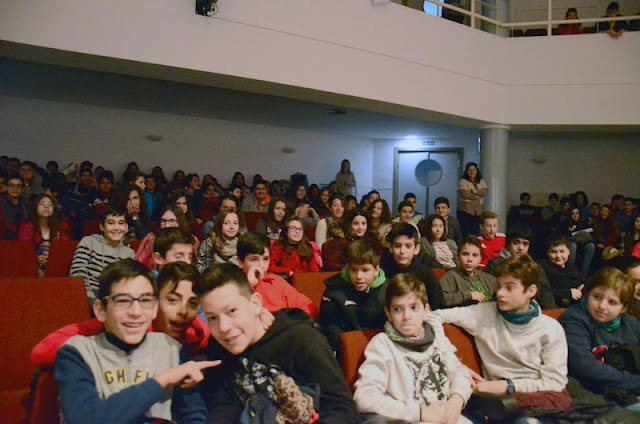